20 August 2020 Our hard-working students get best ever GCSE results!

A barbecue breakfast and ice-cream van awaited students at Wykham Park Academy this morning as they collected their GCSE results.

Staff said the different approach to a much-anticipated day was a chance for them to let pupils know just how proud they are of the resilience the teenagers have shown in the face of adversity following lockdown.

Despite the obstacles encountered and the decision to scrap final GCSE exams because of Covid-19 in the UK, this year’s results at Wykham Park are the school’s best ever.

Science grades have shown an improvement with a 20 per cent increase from last year for grades 9-4. Almost 50 per cent of students scored a Grade 5 or above for English and Maths and 68 per cent achieved GCSEs of Grade 4 and above.

Results day comes just days after exams watchdog Ofqual apologised to students and parents and announced that all A-level and GCSE results in England will be based on teacher-assessed grades.

In a U-turn, the Education Secretary, Gavin Williamson, announced the Government would scrap the controversial standardisation model drawn up by the exams regulator to award grades in lieu of exams.

Sylvia Thomas, Principal at Wykham Park Academy, said the day is still very much one that should be celebrated by students. She also revealed each Year 11 student has been given a personal postcard from either a senior member of staff or a curriculum leader in their exam envelope.

Ms Thomas said: ‘’We are really proud of our students. Our results this year are as we had hoped, as we had been predicting from the exams at the end of Year 10 that this cohort would be our best ever after last year’s record GCSE results on the campus.

‘’Science grades have continued to show improvement which builds on the upward trend we have seen over the last few years.

‘’English has maintained the excellent results we have come to expect from that department. We are also really pleased that the maths grades have shown the increase we were predicting from all three sets of mocks we ran before lockdown. The new leadership in maths should be congratulated for their hard work to achieve this.

‘’We are so looking forward to seeing the students today. They coped brilliantly with the abrupt end to their final GCSE year and we want to celebrate with them on this strangest of times.

‘’We have written personal postcards to each student which they will find when they open their exam envelope and we have booked a burger van and an ice cream van to help them celebrate their successes.’’ 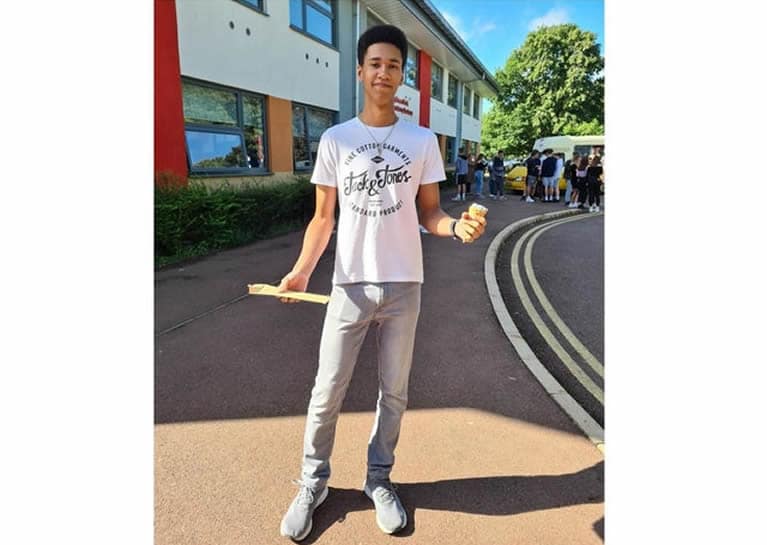 Ms Thomas revealed the highest performing student of the 2020 cohort at Wykham is Adam, 16, who has been awarded a string of grade 8s and 9s and said: ‘’We are very proud of his achievements and, again, they are a true reflection of his ability and work ethic. We are so pleased that he is one of a number of our students who are joining us next year in our outstanding sixth form.’’ 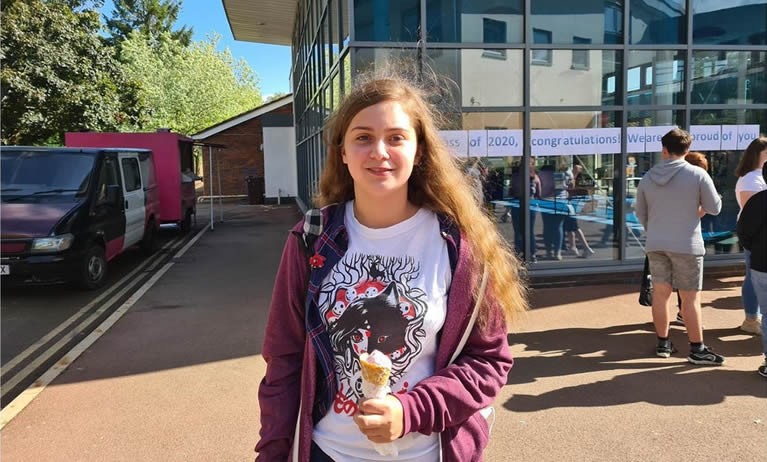 Case study – Erin
Erin has Cystic Fibrosis, a condition she was born with and one she has refused to allow to stand in the way of achieving her academic goals.

This morning the determined teenager was rewarded for her resilience with a string of impressive grades.

‘’I do feel I got the grades I deserve. It’s a really happy day today.’’

‘’I am nervous about tomorrow but I know that I did a good job with my coursework and I did well in my mocks so hopefully I will get the grades I deserve.’’

Her results are all the more important because of the hurdles she has had to overcome.

The 16-year-old endures medical check-ups every four weeks and hospital stays of up to two weeks every three months in order to manage her condition. Erin can also find herself in hospital for treatment for up to a month depending on the severity of her symptoms.

However, Erin has refused to allow her school work to slip often completing coursework or taking mock exams from her hospital bed.

She said: ‘’Cystic Fibrosis is a condition I was born with and I realised growing up that I couldn’t do things that normal children would do and I would have to do things independently. I also got used to having to catch up with my school work and it was hard to have a social life because of the treatment and medication.

‘’I do get frustrated but I’ve also realised that I just have to get used to it.

‘’My school work has been very important to me as it has given me something to focus on and I know my grades will be important for my future career as a cartoonist or graphic designer.

‘’The school has always been so supportive and sent my work to the hospital when I’ve needed it. I’ve also made a small group of friends who have always helped me when I’ve come back to school.’’

Case study – Adam
Adam’s grades of a 9 in Maths and Computer Science, 8s in English Language and French and 7s in Biology, Chemistry and Physics make him this year’s top-performing GCSE student at Wykham Park.

He said: ‘’I feel really good about my results, they’re much better than I thought they would be and reflect all my hard work over the last two years.’’

Adam said he was glad of the U-turn made over grading: ‘’I feel better knowing that the final grades will be teacher assessed grades.

‘’It is going to be weird to see everyone again after so many months but I am looking forward to it – I think it might be a bit too early for ice-cream though!

‘’I’m confident I will get the grades I need to stay on [to study at the school’s Sixth Form] and study for A-levels in Maths, History and Computer Science. I am leaning towards going to university.’’

We are holding a BIG Pride Picnic event on Tuesday 28th June at lunchtime. This will be held on the field by Design & Technology…

We have been given the details of a fantastic opportunity of summer work for our students. 4th Corner Landscaping are in desperate need of people…